It’s time to eat up. Not necessarily with food, mind you, as that day is coming soon enough. Madden Mobile isn’t waiting until Thursday, though, unleashing the Madden Feast to get you fully prepared for Thanksgiving.

As with most of Madden Mobile’s seasonal events, Madden Feast features brand new elite players who can really take your team to the next level. Especially enticing are the Feastmaster players: special versions of Barry Sanders, Deion Sanders and Calvin Johnson who can be upgraded to 94 overall cards that also boost the stats of the other players on your team.

You’ll want to get cracking on the Madden Feast now to have a chance at them, so here’s what you need to know to fill up on this special brand of Thanksgiving goodness. 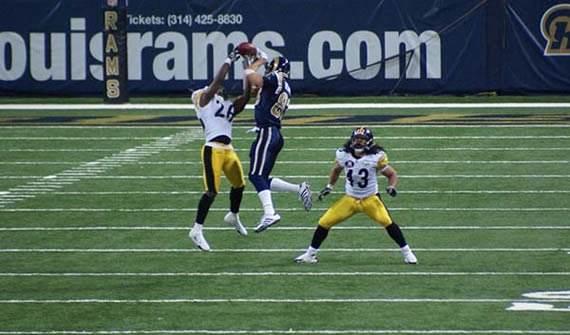 You’ll also want to check the old tube TV in the Madden Feast event area for a special Live Event that lasts only a few minutes at a time and rewards you with Mystery Casserole cards with every win. Similar to the Prismatic Badges from the Color Rush promotion, these can take the place of any food item in sets.

Finally, you’ll also get the chance to play First Serving and Second Serving event chains that grant you even more food. You’ll definitely want to take advantage of these when they pop up.

How to Get Elite Madden Feast and Feastmaster Players

Madden Feast has its own tab in the ‘Sets’ menu, with a variety of sets that all work using the food items. We won’t detail all of them here, but the idea is that you get Gold Madden Feast players from various sets and then use them to obtain Elite Madden Feast and Feastmaster players.

There are three different types of Elites up for grabs over the holiday season:

• Elite Madden Feast players – There are 10 different Elites, ranging from an 80 OVR Quinton Spain to an 89 OVR Jordan Howard.
• Feastmasters – As noted above, Feastmasters start out as 80 OVR but have additional sets you can complete to upgrade them to 86 OVR, 91 OVR or 94 OVR versions that also grant stats bonuses to your entire team. It takes 10 of a specific type of Madden Feast food item and 10 of any Madden Food items to unlock the base versions, but you’ll need additional Gold or Elite Madden Feast players and a whole bunch of food to grab those more powerful iterations.
• S.T.U.F.D. players – Even better variations of S.T.A.C.K.D. players that give bonuses to each other, there are three S.T.U.F.D. players offered during Madden Feast: 90 OVR Jadeveon Clowney, Marcell Dareus and Bobby Wagner. A special set allows you to trade three Elite Madden Feast players for one of these stud defenders.

Additional rewards during Madden Feast include a Gold and Elite defensive unit, classic Cowboys and Lions jerseys and more. Hope you’re hungry, because it appears the Madden Feast events will only run through Thanksgiving weekend, so they should be your main focus from now until all the leftover turkey is gone.