Returning to World of Warcraft Classic is a humbling experience. With thousands of hours spent in Azeroth, I’ve defeated intergalactic demon armies and thwarted orc hordes from alternate timelines all while amassing the most powerful gear the universe has ever known. But Classic makes braving a cave filled with level 12 troggs feel like a massive achievement. It’s not so much a nostalgia trip as it is a nostalgia fall into a pit of rusty razor blades. And, dammit, I kind of like it that way.

It was honestly shocking to see how common those game-breaking, ultra-capitalist offers were, and how impossible it was to find anyone else within my level range who wanted to conquer those trials the old-fashioned way. Any chance of progressing through Classic as it was intended has been derailed. For the foreseeable future, levels 1-59 are essentially irrelevant, which isn’t good news for me.

Obviously, since this is a game from 2004, there are some blemishes. The graphics aren’t that great, and getting from one place to another before you collect enough gold to buy a mount can take a very long time. There’s a lot of waiting in WoW Classic, whether we’re talking about travel times or waiting for unique enemies to respawn, but for me, that’s part of the charm.

Even if Classic shrinks dramatically, the overwhelming response at launch should communicate two important points to designers of the modern game: World of Warcraft has played a huge role in people’s lives for 15 years, creating the kind of nostalgia typically limited to childhood hometown haunts. And players really like a World of Warcraft that is difficult enough for progress to feel rewarding when it’s made, and which forces the people around them to actually reach out, group up, and be civil. Both lessons could find a home, in some form, in decisions made about the direction of the modern game. 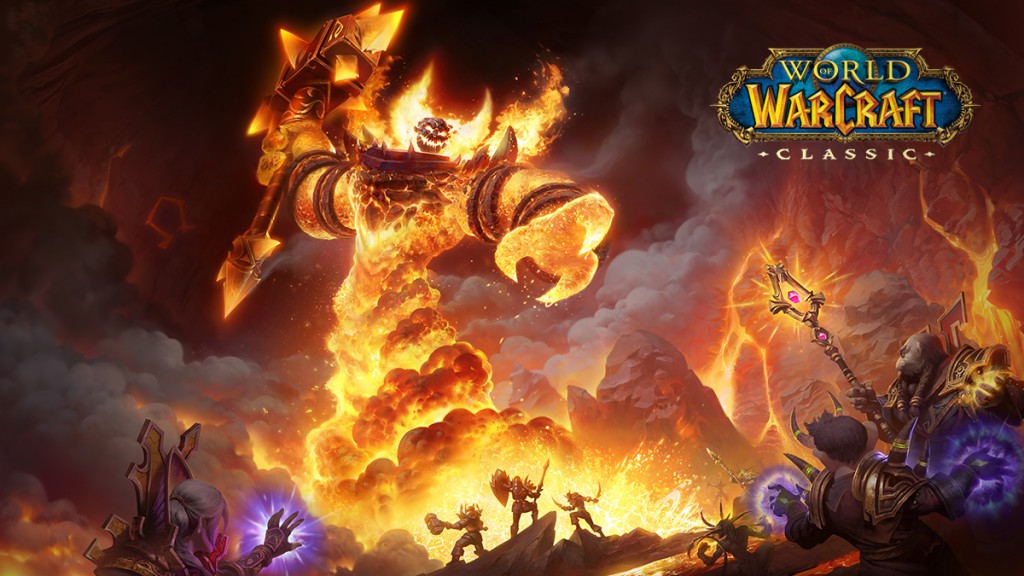 The trade-off is that Classic is an enormous investment of time with no guaranteed reward. I can spend an hour searching for a group to run a dungeon, only to have everything fall apart if our team can’t coordinate properly. But I actually prefer just how intimidating this Classic version of Azeroth feels. There’s a renewed sense of danger and adventure to zones that I’ve already spent hundreds of hours exploring, and it requires that I pay attention to my surroundings at all times unless I want to become dinner to a family of panthers. It makes Azeroth feel new again. I rarely feel like I’m on autopilot while I’m playing—except during those occasional 20-minute hikes to nearby zones.

World of Warcraft Classic does everything it set out to do. It recreates a faithful snapshot of a moment in time, the 1.12 patch in vanilla WoW, with a few engineering conveniences quietly built in. I’ve also seen a few signs of better player behavior bleeding over into the modern game. What happens next is impossible to guess, but this is the sort of fascinating experiment that helps root out what people love in a game, and what might make them come back. And that data is worth its weight in gold, both fictional and otherwise.

For whatever problems a 15-year-old game may have, WoW Classic is still a wonderful experience. There’s nothing quite like exploring huge cities packed with other players like Orgrimmar or Stormwind, questing through all the different zones in Azeroth, or even just grouping up with some friends to go gank some unsuspecting Alliance players. Even with all of the additional content released over the years taken away, there’s still a ton to do in WoW Classic.

We think if you are WOW player, it is much easier for you to make gold in game because you have known much more experience than new comer of WOW Classic. Surely we think more and more WOW Players will participate in WOW Classic by then.z2u.com offers all players WOW Classic Gold safely and legally. You can gain the Gold amount you like through buying Vanilla WOW Gold from z2u.com.